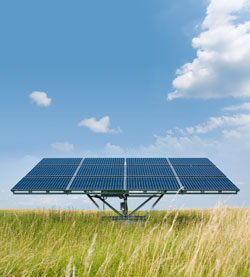 What exactly is meant by the term, “energy”? For centuries, people used energy of all different sorts. They used their own human strength to do work or they tamed animals to help them. Food, provided by sunlight’s radiant energy, gave people and animals the power to do work. When people learned to use fire (heat energy), objects were used that converted stored energy (wood, dung, charcoal) into the chemical energy of combustion. Wind and water energy were harnessed -the former to power ships, the latter to crush grain.

Energy also represents the capacity for work other than the use of human energy. Sources of energy include sunlight, water, oil, coal, natural gas, and uranium. From these first-stage energy sources come second-stage sources like synthetic gas, gasoline, and, of course, electricity.

The definition of energy according to textbooks is “…a quantity having the dimension of force times distance which is conserved in all interactions within a closed system.”

The “closed system” in Electric Universe terminology refers to the generation, transmission, and use of electrical energy. Energy units can be measured in calories, joules, BTUs (British Thermal Units), and kilowatt-hours.

In the last two hundred years, science has made energy a vassal to mankind, making possible the creation of innumerable inventions and technologies. Energy gives us the power to do work more efficiently and to have a better quality of life.