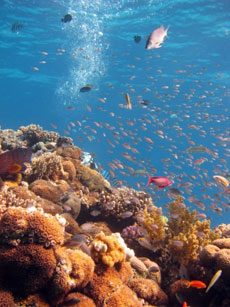 Nature has some quirky creatures, but perhaps the most bizarre are electric fish. There are several species that share the capability of producing electrical discharges. Electric fish use discharges to stun their food, to defend themselves, and to navigate in the alluvium of tropical rain forest rivers. The most prominent of these “shocking” creatures is the electric eel. 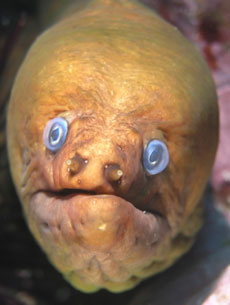 Electric eels (Electrophorus electricus) are not really eels in the truest sense. They are very slender fish with long tails where special skin cells can generate enough electricity that it’s measurable in voltage.

The cells work in a series, multiplying power, to deliver a charge. The electric eel’s eyes are small, and, interestingly, over time are affected by its own electrical discharges. Over a period of time, the eel’s eyes get a hardening of the cornea called a cataract. The cataracts eventually cause the electric eel to become blind. 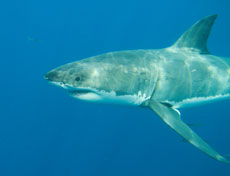 Sharks have sensory organs that are tiny bumps filled with a jelly-like substance that picks up electrical impulses. Swimming near a shark in the dark ocean is a dangerous proposition for a tasty tuna.The electric knife fish lives in salt water. Its small eyes are practically useless in the dim depths in which it swims, but its entire body compensates for the poor visibility. Its body has an electromagnetic field that helps it detect its prey, but it sometimes interferes with the fields of other knife fish.

Other electric fish include:

• the electric catfish (Malapterus electricus) of the Congo and Nile River basins -has a shock organ that extends along its entire dorsal side.

• the torpedo ray (family Torpedinidae) found in several different oceans -has a body shaped like a Ping Pong paddle, only with a tail. Its sense organs located on its head feel vibrations and electrical impulses emitted by other fish.